IMPORTANT: Recently, the hunts have been in early fall, BEFORE THE BEARS CHANGE THEIR SUMMER FISHING HABITS, when there’s still allot of daylight so the bears aren’t quite as nocturnal, the weather is warmer, and there is often a few less storms.

This is important and often affects success ! 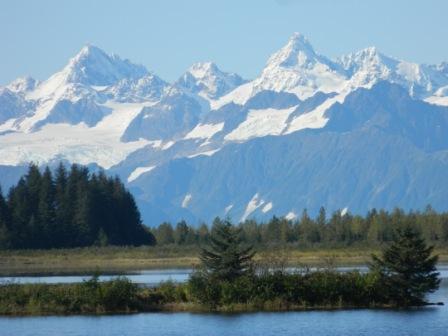 Watch a short video clip of a brown bear stalking a salmon, right in front of us

Here’s a very short clip of a bear catching a salmon, as we watch from nearby!

Here’s a short video clip of two bears fishing 75 yards in front of us.

Watching multiple bears at the same time is not rare in this area !

And here’s a very short clip of a giant 10+ foot brown bear still fishing in the area. Had to put the camera down and chase him from camp, because we already had a 10 foot 2 inch bear tagged, and were done hunting.